Anarchy wonders if history is about to repeat itself Once upon a time in a green and pleasant land, motorcycling had evolved from mostly British bikes to an assortment of fast Japanese two-stroke mopeds and motorcycles, then onto the UJM multi-cylinder four-strokes. Because of the high accident figures from year-old moped riders the laws had been changed and this, along with economic factors, contributed to a decline in motorcycle sales during the s.

Remember the s? George Orwell's novel '' describes a totalitarian government bent on total manipulation and certainly the video bites of bloody faced miners being beaten by police officers for two years echoed the authors prophetic words. Strange times to be born into. Manufacturers keen on increasing sales canvassed their customers and asked what kind of motorcycle they would like them to build.

The mass majority asked for a 'real motorcycle', one that was nimble with neutral handling, had good fuel economy, sufficient power but most importantly captured the heroic feel of motorcycling from years gone by. Ghosts of the Gold Star and Velocette still haunted the souls of real motorcyclists and a new motorcycle that could capture some of that X factor and still be reliable and useable as a daily ride was an overwhelming choice.

Have your cake and eat it, so to speak. The seat height is very low and the bike is light and nimble and with its narrow size I really haven't found a better bike for taking on the urban jungle and filtering through west London traffic. My last one ran well up to 80, miles before I sold it on, still running good and starting easily.

Never needed repairs and I don't think I ever replaced the spark plug either. The red dash light that lights up at 55mph is the main giveaway on the imports signalling that you really should not be having so much fun on Japanese roads.

The UK seats were more padded, I guess because the average rider weight is higher in the west. UK bikes have twin front brakes that I found no better that the larger Brembo four-pot type on the imports. Both are very good. So the SRX has all the credentials of a true classic bike. Time moves on and you think that manufacturers learn their lessons but now there is a rekindling for this kind of bike once again.

Just like flared trousers coming around once again Yamaha have just released the MT, a wonderful cc thumper that I would dearly love to own. In Yamaha's words: '…born for the kind of 21st century roads where bigger high-performance bikes struggle to unleash their full potential. 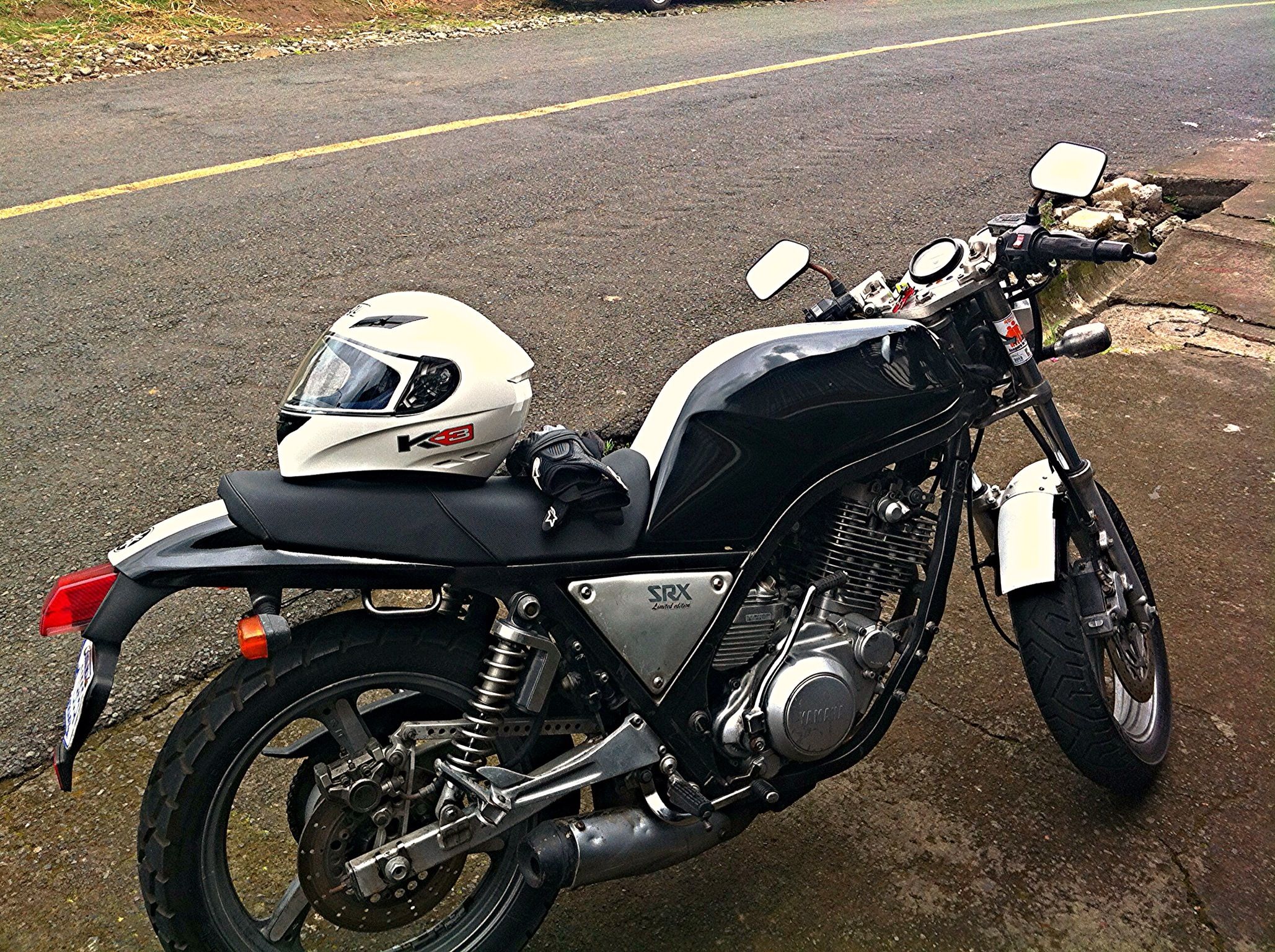 So in a year or two, when the MTs are piling up in warehouses unsold and the price has plummeted because people still carry on buying four-cylinder sports bikes, I'll be there to snap one up.