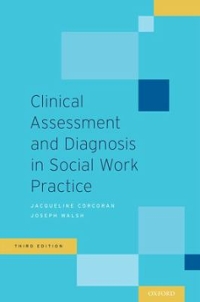 Start your FREE month now! The only comprehensive account of American social welfare history from the colonial era to the present, the new sixth edition has been updated to include the latest developments in our society as well as trends in social welfare.

Trattner provides in-depth examination of developments in child welfare, public health, and the evolution of social work as a profession, showing how all these changes affected the treatment of the poor and needy in America.

He explores the impact of public policies on social workers and other helping professions -- all against the backdrop of social and intellectual trends in American history.

From Poor Law to Welfare State directly addresses racism and sexism and pays special attention to the worsening problems of child abuse, neglect, and homelessness. This book begins by exploring the deficiencies in private health insurance that account for this. It then recounts the history and examines the legal character of America's public health care entitlements - Medicare, Medicaid, and tax subsidies for employment-related health benefits.

These programs are increasingly embattled, attacked by those advocating privatization replacing public with private insurance ; individualization replacing group and community-based insurance with approaches based on individual choice within markets ; and devolution devolving authority over entitlements to state governments and to private entities.

He also examines the primary models for structuring health care entitlements in other countries - general taxation-funded national health insurance and social insurance - and considers what we can learn from these models. The book concludes by describing what an American entitlement-based health care system could look like, and in particular how the legal characteristics of our entitlement programs could be structured to support the long-term sustainability of these vital programs.

This edition, updated in , also includes a biography of the author, Sir George Nicholls.

Volume I examines poor relief from the accession of George I to This set of books will be of interest to those studying the history of the British welfare state and social policy.

It presents original conclusions about the differences between British and German approaches. Peter Hennock analyses policies on social security and the public provision of medical care, dealing with public poor relief, industrial injury, with sickness, invalidity and old age, and with unemployment.

In each case policies in Britain and in the German Empire are compared for their actual provisions, their consequences and the politics that produced them. He demonstrates that national insurance has played a larger role in Germany than in Britain from the beginning, as it still does today, and that decisions taken before are crucial to the long-term differences between the welfare state in the two countries.

The book will appeal to students and scholars of British and European political history, social history and social policy. What policies, cultural practices, and institutions were responsible for this outcome? How were the inevitable disruptions to social and political life coped with?

This innovative volume illustrates the contribution of economic thinking scientific, official and popular to the public understanding of British economic experience over the period Political economy has frequently served as the favourite mode of public discourse when analysing or justifying British economic policies, performance and institutions.

These sixteen essays, centering on the peculiarities of the British experience, are grouped under five main themes: foreign assessments of that experience; land tenure; empire and free trade; fiscal and monetary regimes; and the poor law and welfare. This is a collaborative endeavour by historians with established reputations in their field, which will appeal to all those interested in the current development of these branches of historical scholarship.

The Winding Road to the Welfare State investigates the evolution of living standards and welfare policies in Britain from the s to and provides insights into how British working-class households coped with economic insecurity. George Boyer examines the retrenchment in Victorian poor relief, the Liberal Welfare Reforms, and the beginnings of the postwar welfare state, and he describes how workers altered spending and saving methods based on changing government policies.

In contrast, the Liberal Welfare Reforms were a major watershed, marking the end of seven decades of declining support for the needy. A sweeping look at economic pressures after the Industrial Revolution, The Winding Road to the Welfare State illustrates how British welfare policy waxed and waned over the course of a century.